You could say that my ANNA MEETS COUNT DRACULA stories came about organically. They were the obvious next step on a journey that started over Christmas of 2013. I’m not kidding you, dear reader and fellow horror fan, when I say that the whole thing not only took me by surprise but it also kind of blew the roof off my head, turned me upside-down and inside out and set me back on my feet again as well, only this time with a specific destination in mind. This time, you could say that my feet knew exactly where they were headed.

A short season of late-night Hammer Horror films during Christmas 2013 unlocked a part of me that I’d only previously been aware of in a sort of hazy, peripheral way. It was a part that adored all things…

Sandra Harris writes fiction, poetry and movie reviews. For Horror Addicts Guide To Life  Sandra wrote an article called How Hammer Horror Changed My Life. In her article Sandra talks about how being a fan of Hammer Horror and finding a community of like minded fans led her to be a writer. To read Sandra’s article along with several other articles on living the horror lifestyle, pick up a copy of Horror Addicts Guide To Life.Recently Sandra was nice enough to tell us what he likes about horror: 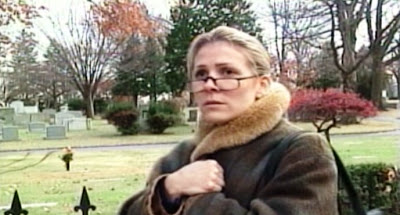 Wow. Here’s something a little different for you horror fans out there. I found this film in an overcrowded little second-hand shop in one of Dublin’s most famous market areas. It’s the kind of shop I normally frequent because some of the best- and worst- horror films I’ve watched and reviewed on my horror film review blog (sandrafirstruleoffilmclubharris.wordpress.com) have come from just such places.

I’ve found some real gems in this way and for half-nothing too, so it’s little wonder I’m so often to be found browsing in them, ignoring the impatient stares and throat-clearings of the proprietors trying to get me the hell out of their shops at closing-time so they can go…