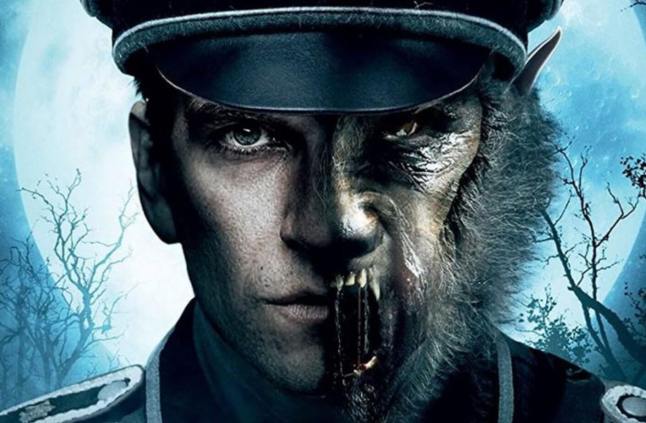 THE REVENGE OF ROBERT THE DOLL (2018) AND WEREWOLVES OF THE THIRD REICH (2017): A DOUBLE BILL OF TRULY WOEFUL NAZI HORROR FILMS REVIEWED BY SANDRA HARRIS. ©

I received both of these films as a birthday present recently and I had great craic watching them, despite the fact that they’re both awful, lol. THE REVENGE OF ROBERT THE DOLL is apparently the third film in a trilogy, so somewhere out there, knocking around merrily as if they haven’t got a care in the world, are the two other films that spawned this unholy hell-child.

Based on a real doll, a doll that exists in real life and is said to be possessed of supernatural powers, it’s by far the worst film of my two birthday gifts. It’s a film of two halves. The first half actually promises to be good, believe it or not.

An obviously abused wife is fleeing from her sadistic husband in Nazi Germany. She’s bringing with her an old book said to possess the power to grant life to inanimate objects. Hitler has sent some of his most high-ranking Nazis to retrieve the book at all costs.

What does Hitler want it for anyway, the cheeky beggar? If he was hoping to use it to revive his floppy pecker, well, I don’t think the book performs actual freakin’ miracles, lol. From what I’ve read, he wasn’t exactly a sensation in the bedroom. Eva Braun must have died a very frustrated woman. Good job there were so many hot Nazis around…

Anyway, the abused wife, Eva von Hammersmark, is charming and feisty and the film might have been a bit better if it had concentrated more on Eva and her nasty hubby Joseph. However, we lose Eva at the end of the first half of the film when her car is hijacked by another nasty piece of work (she certainly seems to attract that type!) and she and her abductor end up at the isolated farmhouse of a very strange man indeed…

The second half of the film doesn’t seem to have anything at all to do with the first, and it’s virtually incomprehensible to boot. The ancient German toymaker responsible for creating Robert the Doll is aboard a train for some reason, fighting off Nazis with the help of his ventriloquist’s dummy, Robert. I think they’re all fighting for possession of the mystical book but don’t quote me on that. They could be doing anything at all, this bit’s such a mess.

WEREWOLVES OF THE THIRD REICH has garnered a number of truly stinking reviews, but I liked it much better than THE REVENGE OF ROBERT THE STUPID WOODEN DOLL WHO LOOKS LIKE THE EVIL DUMMY FROM THE GOOSEBUMPS BOOKS.

A group of four painfully American soldiers escape from the Nazis while they’re being carted off to military prison in Germany in World War Two. They wander deep into rural Germany, Hitler’s Third Reich, and end up stumbling upon something rather out of the ordinary.

It’s an SS medical experiment camp run by the infamous Dr. Joseph Mengele and his, um, wife, Ilse Koch. She’s a big show-off cow who’s very anxious for the four (yes, four, maybe it was all they could afford, lol) prisoners at the camp to know her terrifying nickname, the Bitch of Buchenwald…

Here at the camp, Mengele, played by an actor who could easily double as Josef Goebbels, Hitler’s personal toady and Minister for Propaganda, is taking time out from experimenting on twins and making his infamous ‘selections’ on the arrivals ramp at Auschwitz.

He’s engaged on a top-secret mission for the Fuhrer, played by a man who looks like Scottish actor Robert Carlyle with ‘a perfectly square bit of black dirt’ painted onto him between his schnozz and his kisser. Mengele is perfecting a method that will turn regular Nazis into werewolf Nazis, so they’ll be just as vicious and bloodthirsty but just not quite as blonde, lol.

Mengele has found out about his wife’s unwise infidelity and he’s deliberately chosen her lover for the furry face and scratchy fingernails out of spite and jealousy. And the lover can’t even refuse to do it because it’s for Hitler, haha, for Hitler and the Third Reich and you know how fanatical these guys were about doing stuff for Hitler and his precious Reich, lol.

Can Ilse save her sexy blonde lover from a fate pretty much worse than death? (Is being a werewolf worse than being a Nazi? I can’t even tell…!) Can ‘the Fabulous Four’ (those ‘Murican soldiers I mentioned earlier) manage to break into the camp and foil Mengele’s dastardly plan to win the war for Hitler with his unholy army of savage werewolf soldiers?

Maybe by then they’ll have a few more Nazi uniforms to go round and they might even have had time to iron out the plotholes in their concept. Who am I kidding? Even the mystical book couldn’t reanimate these turkeys, but I still enjoyed them- well, WEREWOLVES, anyway- and they’re only meant to be a bit of fun. Don’t y’all go taking ’em seriously now…