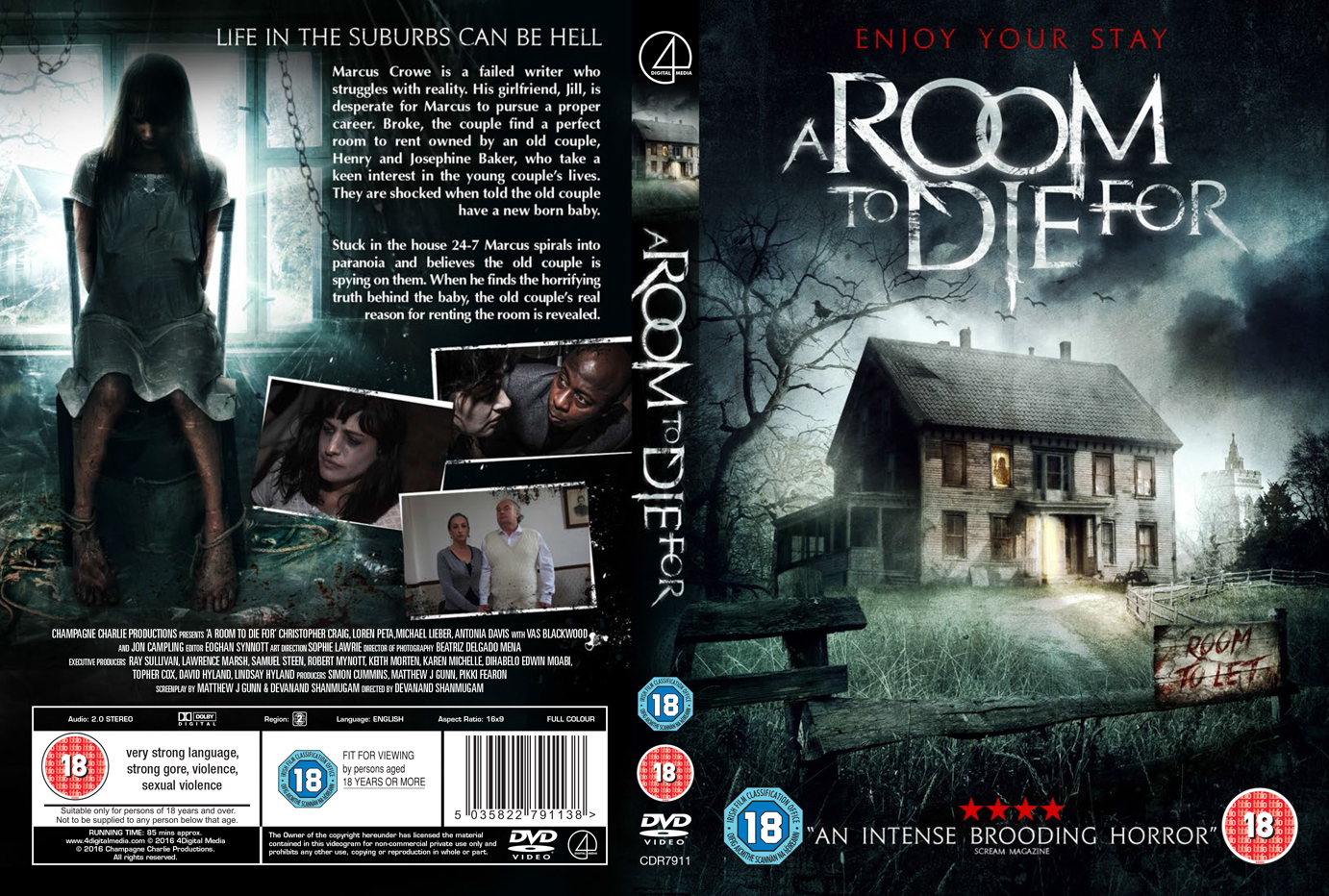 I loved this one. A young couple moves into a rented room in an old couple’s house because they’re flat broke. Marcus is an unemployed stand-up comedian. Of course he’s bloody well unemployed. There’s only money in stand-up comedy if you’re Michael McIntyre or Peter Kay or someone like that.

He’s not even a good stand-up comedian, if ‘Glitter Pussy’ and ‘Danger Wank,’ his two big jokes, are anything to go by. Has he ever even heard of the word ‘punchline,’ never mind the actual concept? Somehow I doubt it. You must have a punchline, otherwise you’re just leaving your audience hanging, hanging and dissatisfied.

They’ve taken a room in Henry and Josephine Baker’s house because they’re stoney-broke, as I’ve said. It’s a lovely old house that looks like it should be called The Old Rectory because of its gothic church-like appearance.

The house on the DVD box is a different house, by the way, a more American-looking haunted house, just in case you’re looking at it and saying to yourself in disgust, this doesn’t look like a lovely British rectory, lol.

Henry and Josephine seem like a lovely old couple, even though moving in with them makes Marcus feel like he’s back home with his parents. And that’s not a good thing. You move out to get away from your parents, lol.

Henry in particular clearly doesn’t think that stand-up comedy is a real job. Jill is keeping Marcus, to all intents and purposes, and Henry thinks that Marcus is much less of a man because of it. He imposes petty rules on Marcus’s meagre attempts at housekeeping and nags at him to clean up his mess until Marcus feels like he wants to lamp Henry one, right in the kisser.

There’s something strange about Henry and Josephine. They claim to have a newborn baby, for one thing, even though they’re easily in their sixties. Henry is, anyway. The actress playing Josephine is using a bad blue-grey rinse in her hair to make her appear older than she is. This mysterious baby is a baby whom Jill and Marcus never see, but its crying can be heard at odd hours throughout the day.

There’s even something odd about its crying as Marcus, who has absolutely nothing to do all day, discovers to his unease. The unseen baby cries for the exact amount of minutes each time. Twenty minutes each time, to be precise.

What does this suggest to you guys, because it suggests to me that this baby, for some reason, is no more than a recording. But why? Why go to all this trouble to pretend that there’s a baby in the house?

Jill and Marcus squabble constantly as the strain of living in Henry and Josephine’s admittedly lovely house begins to take its toll on the young couple. It’s not until they’re each tied to a chair in Henry and Josephine’s basement that they finally realise the real reason why the older couple were so keen to have them living in their house. Rock-a-bye baby, in the treetops…

I love Henry. He’s a brilliant character, a right old rascal. Jill’s superior arse of a brother Jason is a great character too. He doesn’t think that stand-up comedy is a proper job either and he makes Marcus feel about two inches tall when he boasts about his own inflated pay-packet. Jason brought Jill up himself after the deaths of their parents and I think he really thinks that she can do better than Marcus the big loser. I agree, lol.

I love when Josephine asks Henry if the nosey Jason is going to pose a problem for them when the young couple go missing, as they’re- Henry and Josephine- clearly operating outside the law, and Henry merely smiles and says: ‘I think you’d better put down some more plastic sheeting, dear.’ Henry is a boss, the best character here by miles.

There’s violence and even rape in the film but I could have done with a nice supernatural element to things as well. A nice bit of devil-worshipping and the presence of the Man Down Below, you know, the guy with the horns and forked tail?

That would have kicked ass, especially in view of the house’s lovely gothic appearance. This is still a great film though. I only came across it by accident but I’m very glad I did. We’d better all shush now. The baby’s trying to sleep…