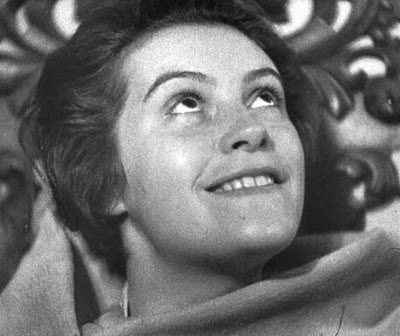 ‘This is the phantasy-experience of young Allan Gray, who engulfed himself in studies of demonology and vampire-lore. Preoccupation with the crazed ideas of past centuries turned him into a dreamer and a fantasist, lost at the border between fantasy and the supernatural.’

This surreal, fog-wreathed German-French early talkie, with so few words of dialogue that it could nearly pass for a silent movie, is the most gorgeous, ethereal and dream-like old vampire film I think I’ve ever seen.

It doesn’t have a linear storyline, in which, say, a Jonathan Harker is ordered by his employer to travel to Transylvania, there to meet with a Count Dracula to discuss a property the Count is desirous of purchasing in England, and then everything that happens after that follows a straight enough course to the climax.

Rather, it’s non-linear and dreamlike, and the lines between fantasy and reality are very much blurred. Also, some of it makes little or no sense but it looks so good ‘n’ spooky that it doesn’t matter in the slightest.

It has a sub-title of THE STRANGE ADVENTURES OF ALLAN GRAY, Allan Gray being played by the handsome young aristocrat, Baron Nicolas De Gunzburg, who put up the money for the production in return for being allowed to play the lead role. Well, if it’s your money, then I guess you can ask for that privilege…!

Allan Gray is first seen travelling to an inn close to the village of Courtempierre with his fishing tackle slung over his shoulder. He locks his bedroom door at night because of very uneasy feelings he has about the place, but the sanctity and safety of his chamber is nonetheless breached later that night by a terrified old man.

‘She mustn’t die, do you hear?’ he says cryptically before depositing a wrapped parcel on Allan’s nightstand. ‘TO BE OPENED UPON MY DEATH,’ the old man has written rather ominously on it. It is an ancient book on vampire lore, and the man is the owner of the local chateau, who is at his wits’ end because he and his two adult daughters are under siege by vampires.

Next day, Allan finds this fabulous, rather run-down old chateau, but the master, his nocturnal visitor from last night, has just died in mysterious circumstances. Was he already dead when he came to Allan in the night, begging Allan’s aid for his two daughters? According to the book of ancient vampire lore, much, much stranger things have happened. Allan is involved now, and the fate of the chateau-dwellers is now to be his fate too.

The master’s daughter Leone is confined to bed, her life-blood being drained away from her bit by bit by the local vampire. Two marks like the bite of a rat can be seen on her neck. The scariest sequence in the whole film is when she rises from her sickbed and her eyes follow the progress of an unseen entity around her sickroom, even on the ceiling, while a manic, evil grin adorns her face. Her horrified sister Gisele, played by a beautiful young woman who worked as a Paris photographer’s nude model in real life, looks on helplessly.

Gisele is glad to have Allan’s help with her dreadful problem. The local doctor, played by a Polish poet who’s a dead ringer for Nobel prize-winning scientist Albert Einstein, is in league with the vampire so he’s deliberately not being much help at this terrible time.

The old servant at the chateau is really the hero of the hour. He reads the old book of vampire facts and thus learns what must be done if the chateau, and even the village, is to be saved from this demonic plague of creatures of the night.

He spearheads the operation of tracking the vampire down to an old grave in the churchyard and staking it through the heart with the help of Allan in a scene that bothered the censors greatly back in 1932. He even has a nasty surprise in store for the evil doctor in another scene that drew the censors’ wrath down on the film back in the day.

While Allan is sitting on a bench in the cemetery waiting for the trusty family retainer to bring the staking instruments, he drifts off into two Allans and has an horrific nightmare. He is in his coffin now, not dead but merely paralysed by nefarious means, and he is fully conscious while watching a man above him apply the turnscrew to the coffin nails and lock him away inside his forever-box.

The vampire also looks triumphantly down on him as his coffin screws are nailed down. Then the paralysed Allan sees the sky and the trees above him for the last time as his coffin is carried in a solemn procession to the cemetery. It’s a terrifying scene and one that could easily have inspired film legend Roger Corman when he made THE PREMATURE BURIAL for American International Pictures a few short decades later.

A few random facts about the film now, if you will. No sets were used, the whole thing was shot on location in a real inn, a real but marvellously derelict chateau, a real disused ice-factory (there’s nothing spookier than an abandoned factory, unless it’s an abandoned hospital or mental asylum) and a fully-operational plaster works for the grand finale.

The chateau looks truly magnificent in the film. I especially love the room randomly discovered by Allan in his wanderings (it’s not in the chateau, I think) which contains the old dusty books, the skull and what looks like a child’s skeleton standing intact upon a window-sill. If that’s not a room where you can practise your black magic or study the occult and the dark arts, then I don’t know what is. The whole film is stunning to look at. Catch it if you can at all, that’s my advice to you.

‘Imagine that we are sitting in an ordinary room. Suddenly we are told that there is a corpse behind the door. In an instant, the room we are sitting in is completely altered; everything in it has taken on another look; the light, the atmosphere have changed, though they are physically the same. This is because WE have changed and the objects ARE as we conceive them. That is the effect I want to get in my film.’

Carl Theodor Dreyer on describing to his crew the kind of film he wanted to make.