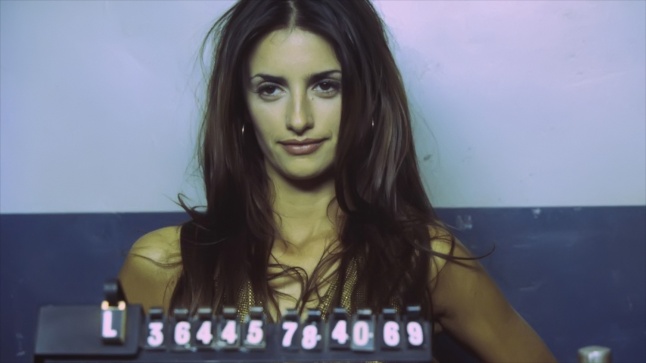 BLOW. (2001) DIRECTED BY TED DEMME. BASED ON THE 1993 BOOK BY BRUCE PORTER: BLOW: HOW A SMALL-TOWN BOY MADE $100 MILLION WITH THE MEDELLIN COCAINE CARTEL AND LOST IT ALL.

This portrayal of drug-taking and drug-dealing is nearly as sexy and glamorous as that achieved by Brian De Palma’s SCARFACE (1983). The format and narrative voice-overs are reminiscent of GOODFELLAS, and that movie’s lead actor, Ray Liotta, is here in person, not as the criminal this time but as the criminal’s Dad.

Now Ray Liotta himself is playing the over-worked ’50s/60s Pops who’s trying- and failing- to inculcate a certain values system, his own, into his son, but his son doesn’t even want to know.

All the son sees is the lure and glamour of easy money, not caring a jot that when you live by the sword, you’re frequently called upon to die by it too. Let’s start at the beginning, shall we? You’ll love this film, if you don’t already.

Johnny Depp plays real-life drug-dealer George Jung who, in the ’60s, grew up and moved from his home city of Boston, Massachusetts, to the beaches of California. Here he met and married his first beautiful wife Barbara and, together with his best mate from childhood, the rather fishily-nicknamed Tuna, became the go-to person on the beaches from whom to buy your pot. Marijuana. Mary-Jane. Weed. Grass. Whatever.

Greed seems to be George’s main problem. He goes into the weed business initially with a friend of Barbara’s called Derek Foreal, a fantastically camp, bitchy hairdresser who’s a hard-headed businessman underneath all the kitsch.

When George proves to have a really prodigious talent for selling drugs, however, the temptation to become the world’s premiere importer of Colombian cocaine is too hard to resist. He meets Pablo Escobar, the Cocaine King, and goes into business with him and everything, with an introduction from George’s mate Diego Delgado, with whom he’s done some time in prison.

Prison, by the way, seems to be just some kind of crime school for guys like George. He admits himself that he went into prison with a Diploma in weed and came out with a PHD in cocaine. So much for rehabilitation, anyway.

The Colombian drug business is a freakin’ terrifying one. Life is cheap in Colombia, we’re told, and we see a man being murdered literally the instant the tall, moustached and outwardly charming Pablo Escobar hoves into sight. Yes, I admit, I was a little attracted to him here…!

The scene where George meets Pablo and works out a system of drug deals with him is like the scene in SCARFACE where Tony Montana does the same with Bolivian cocaine kingpin Alejandro Sosa. In SCARFACE during this scene, F. Murray Abraham as Omar Suarez meets a horrible death at the hands of Sosa’s henchmen. You do not fuck with these guys. Ever.

Things get really sexy and glamorous when George meets Mirtha, played by the most beautiful actress in the world today, Penelope Cruz. She was unbelievably gorgeous with Tom Cruise in VANILLA SKY.

Here, she plays the stunning fiancée of one of the drug-dealers George does business with. If it weren’t for the fact that George enjoys the dubious protection of Pablo Escobar himself, this guy would have gutted George like a fish for stealing his ho.

George and Mirtha have a tempestuous relationship. Mirtha is a bit like Michelle Pfeiffer’s Elvira Hancock character in SCARFACE. Beautiful, stick-thin, addicted to drink and drugs, empty inside but desperately trying to fill that void with glamour, danger and endless excitement. They have a daughter together, Kristina Sunshine Jung, who’s the light of George’s life but, while he’s still dealing drugs, he’s only going to keep on letting her down.

When his friends Diego and Derek Foreal cut a separate drug deal together that leaves George with only the shaft, George decides to get out of the drugs business forever. Is it that simple? Can it be done? Or will the promise of just one more big deal lure him back in the game? Mirtha is not a cheap wife to keep, and she and Kristina are George’s responsibility.

When his millions of dollars accumulated from all the drug deals he’s made are literally stolen by the Panamanian government, George becomes desperate for cash. Should he pull off one last job? He owes Mirtha child support and alimony, and she’s making noises about keeping Kristina away from him unless he coughs up pronto. One more quick drug deal should do the trick. Shouldn’t it…?

Rachel Griffiths is great here as George’s awful Mum. She’s obsessed with money and the price of everything, and she’s mortified that her only son is a drug dealer for a living. ‘What are you looking at, Mrs. Gracie? Your son’s no prize!’

I always feel really, really sorry for George at the end of the film because it’s Johnny Depp in a padded-out shirt to give him a paunch, but I need to remind myself that George got himself into that pitiful position by selling drugs.

Drugs. The drugs that would have been ruining hundreds, thousands, maybe even millions of peoples’ lives while George got richer and richer off the back of it. Everything that happened to him, he seems to have brought it on himself.

But oh my God, it’s a long-haired Johnny Depp in a padded-out shirt! Can’t I please just cut him a teensy-weensy break here…? Lol. It’s hard to feel contempt or disgust for anyone who’s played by the divine Johnny Depp.

The film has a fantastic ‘Seventies soundtrack. The songs they’ve chosen are perfect for montages, whether it be the taking drugs montages or the getting-rich-quick montages. While watching the film for the first time back in about 2003, I had a kind of personal epiphany during Manfred Mann’s ‘Blinded By The Light’ and decided to actively turn my life around after a bad break-up.

That’s a really clear example of a song’s power to change someone’s life for the better. Well, it was mostly for the better. I kissed an awful lotta frogs during this period but it eventually led me to something wonderful so I can’t complain.

God, why are films about drug-dealers always so goddamned sexy? They glamorise drug-taking and drug-dealing and make you envy the lifestyle, the houses, the cars, the private planes and the sunshine islands, the sexy consorts, the perks, the prizes, the rich pickings.

It’s all built on sand, though, and can collapse at any minute. It’s a house of sand and fog, lol. Please remember that when you sell your first bag of weed to a dopey stoned teenager. Now, preaching time is over. Watch this film. You’ll love it.